Arpie Ermoyan was one of two female artists working at Rahl Studios during the 1950s (the other being Dorothy Monet). Her husband, Souren Ermoyan, was the art director of Good Housekeeping magazine. 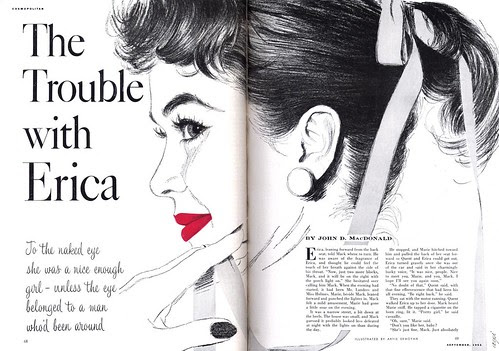 Here are a few more examples of Arpie Ermoyan's work, along with a picture of the stylish young artist herself. Thanks to this short article in the September '53 issue of Cosmopolitan magazine we now also know that the Ermoyans were part of that same Westport, Connecticut community of high profile illustrators that included Al Parker and Austin Briggs. 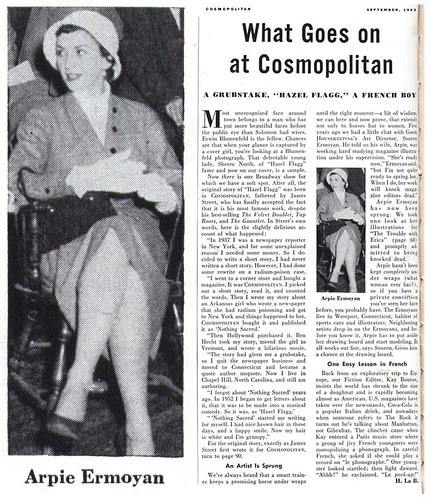 The article mentions that she also modelled for some of those same artists. That's not surprising, considering what an attractive lady Arpie Ermoyan was. Over the course of the past few years, who knows how often we may have looked at some lovely lady in a painting by one of the Westport artists... and not realized we were actually looking at Arpie Ermoyan? 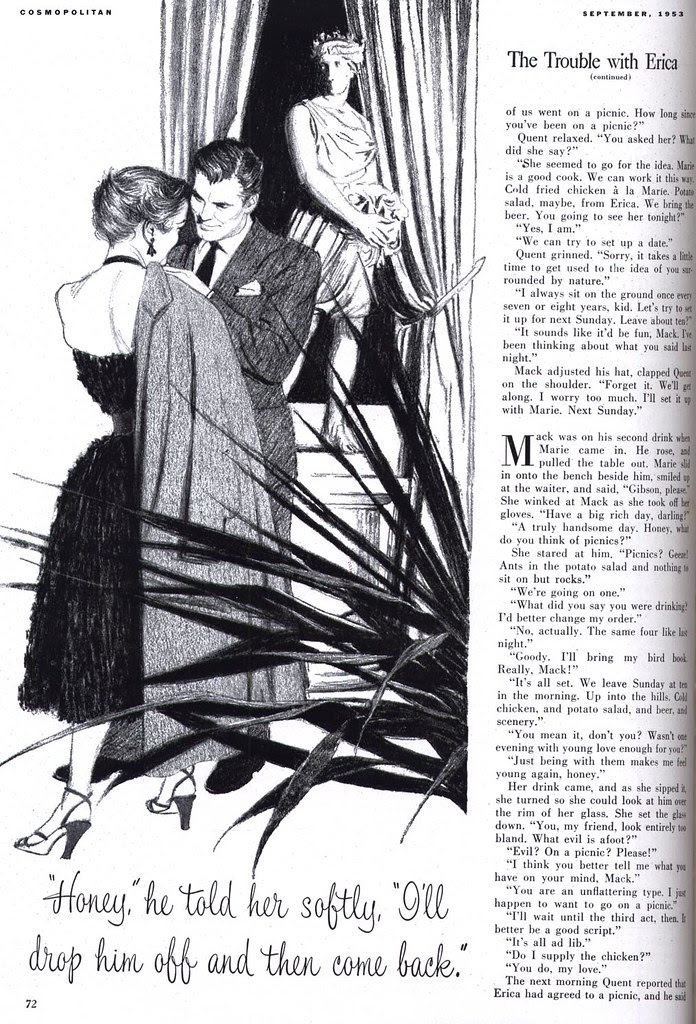 The article suggests that this assignment from Cosmo was a sort of "debut" for Ermoyan . She had apparently been studying illustration for the previous five years. If that's the case, then she arrived on the scene fully formed! Her work on this assignment is top notch. So why is there so little of it to be found in the various mainstream magazines of the mid-1950's? 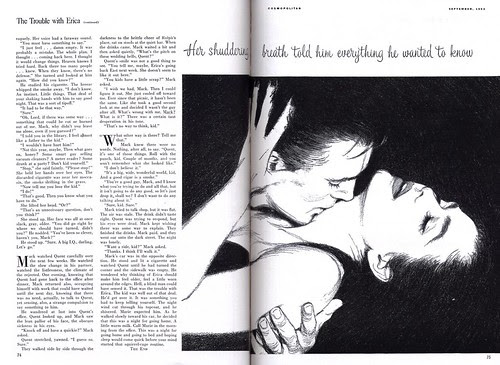 That, for now, remains unknown.

* If you'd like to read the article on Arpie Ermoyan without straining your eyes - or just want to admire her illustrations at full size - you'll find all of today's scans in my Arpie Ermoyan Flickr set.
Posted by leifpeng at 10:58 AM