Jane Oliver was born in West Haven, Connecticut in 1921. She studied at the Franklin School of Professional Arts on a scholarship for three years. For her work Oliver received the Klein and Grumbacher awards, the Stroud prize, was honoured by the Audubon Artists, the American Watercolor Society, was awarded the medal of Honor from the National Association of Women Artists. 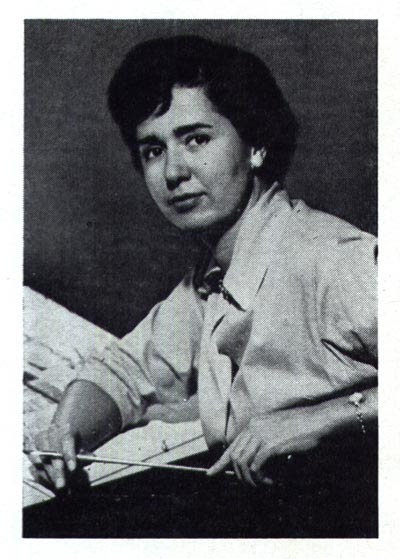 I previously located two pieces by Oliver for Collier's magazine (here's one of them). 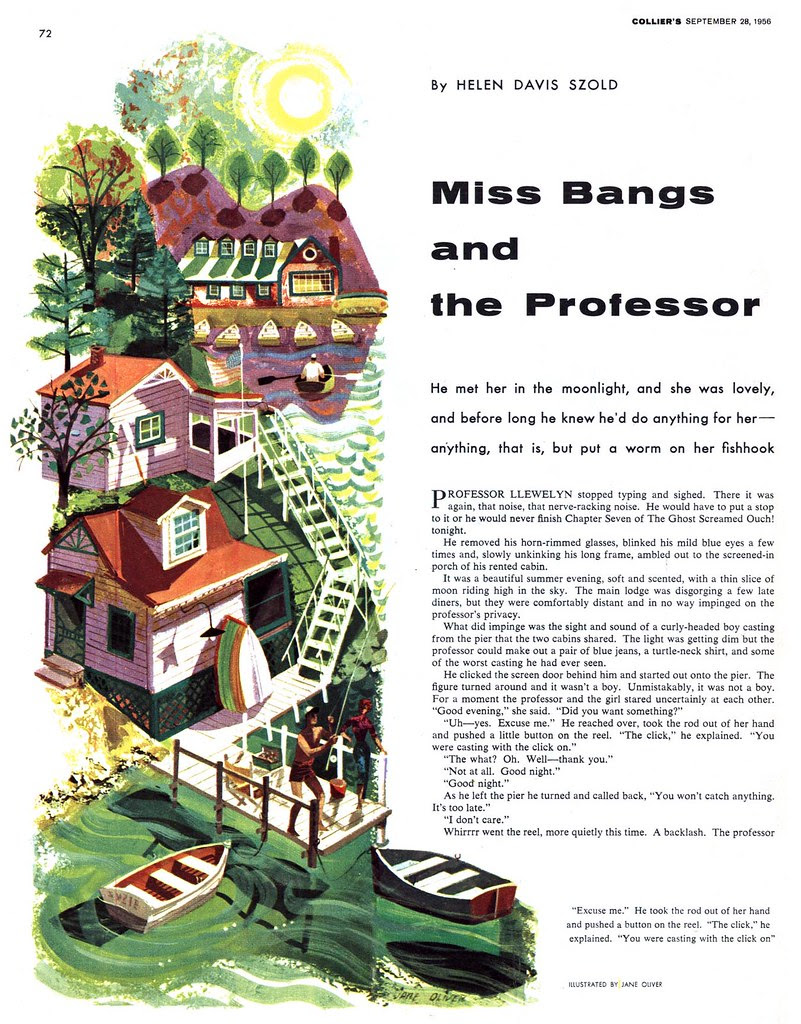 The piece below and the the photo of Jane Oliver presented above appeared in the January 1957 issue of American Artist magazine. In the article on her watercolor technique, Oliver describes herself as a "regularly employed artist working in the commercial field." No other details are given. 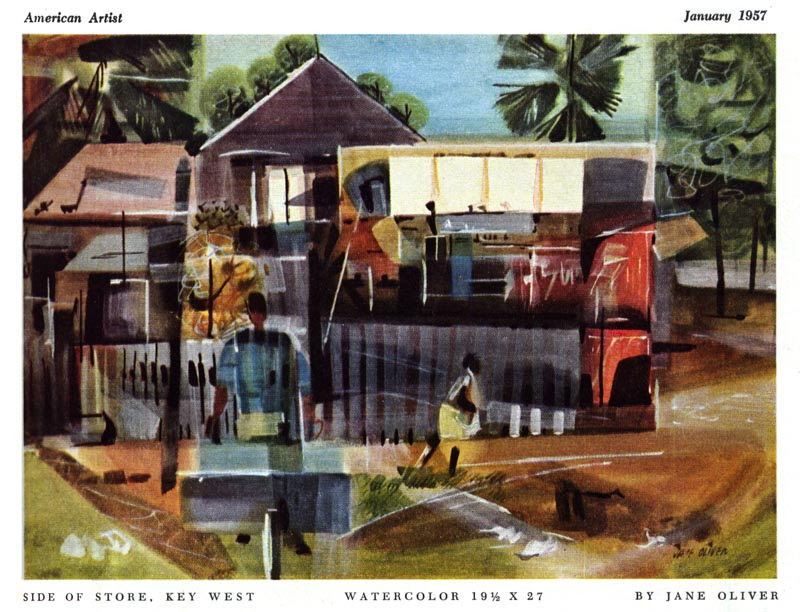 * My Jane Oliver Flickr set.
Posted by leifpeng at 2:16 PM