I found this illustration by an artist named Nell Wilson in an early '50s issue of Maclean's - Canada's weekly news magazine. But Wilson wasn't a Canadian... Maclean's often picked up second rights to illustrations originally published in the U.S. and in this case, it appears that they also purchased artwork from as far away as Australia! 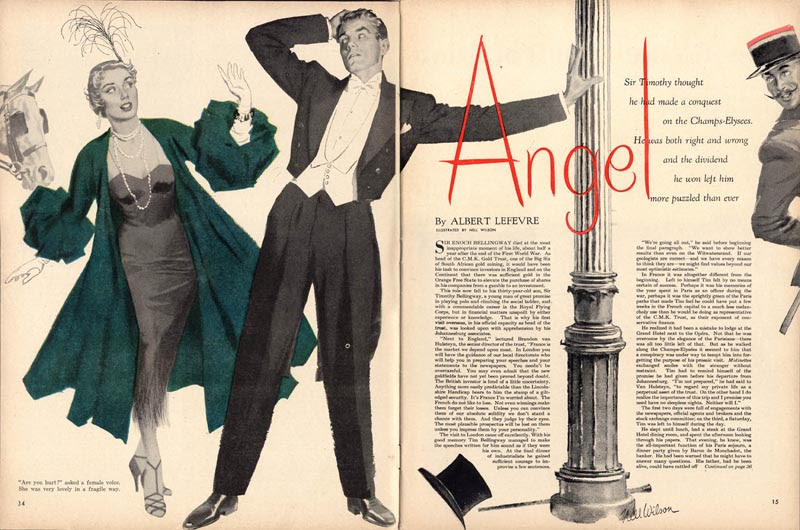 My research on the Internet turned up a listing for Nell Wilson at this site. There are no examples of her work, but the site provides this brief summary of her career:

"Many of Nell Wilson's illustrations accompanied advertisements published in the Australian Womens Weekly during the 1940s."

For now, that's all I have to share with you on Nell Wilson.
Posted by leifpeng at 9:08 AM